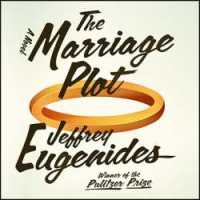 The title of Jeffrey Eugenides’s new novel refers to an old-fashioned sort of novel in which the central question is whether and who the heroine (usually, but sometimes the hero as well) will marry. These novels by Jane Austen, Henry James, and George Eliot were what drew Madeleine, the heroine of The Marriage Plot to major in literature at Brown. When she began her studies, however, she learned that stories were unfashionable, and deconstruction was the way to go. Nevertheless, Madeleine persevered in her love of the Victorian novel, treating it as comfort reading in a department filled with pseudo-intellectual hipsters quoting Derrida.

How wonderful it was when one sentence flowed logically from the sentence before! What exquisite guilt she felt, wickedly enjoying narrative! Madeleine felt safe with a nineteenth-century novel. There were going to be people in it. Something was going to happen to them in a place resembling the world.

Madeleine does flirt with deconstruction, taking a course in semiotics where she meets Leonard, a biology major who is as skeptical about the deconstructionist enterprise as she is. The two begin a romance that leads to a dramatic break-up shortly before graduation and before Leonard is hospitalized for manic depression. On the sidelines amid all this is Mitchell, a theology student who has loved Madeleine from the moment he first saw her and is convinced that they are destined to be together.

The romantic destinies of these three characters are the central focus of a novel that is both a marriage plot novel and something of a deconstruction of the marriage plot. I listened to the audio version of this book, which I received through a giveaway at Audiobook Jukebox, and in an interview at the end of the audiobook, Eugenides said that one of the ideas he was interested in exploring is how the rise of feminism and the ease of divorce would affect the marriage plot. Could such a novel even work today? In the case of this novel, the answer is most definitely yes.

This being a “marriage plot” novel, the question always lurking in the background is, who will Madeleine marry? Or will she marry at all? Unlike Lily Bart or Elizabeth Bennett, Madeleine can choose to stay single and still live comfortably. In fact, she might live more comfortably unmarried. But the removal of the financial incentive for marriage doesn’t take away the longing for love, for commitment, for union. And the potential for heartbreak is still there, even if there’s less risk of becoming destitute because of a mistake in marriage. The stakes are different now, but they’re still high.

And, oh, are the stakes ever high! And the possibilities are perplexing. These characters are on the cusp of making choices that will determine the direction of their lives. None of the choices are easy or obvious. Madeleine clearly loves Leonard, but his disease means that marriage to him would be a trial beyond her expectations of what marriage should be. Then again, isn’t that true of every marriage? And does it make a difference if you know going in ahead of time? And what about Leonard? Yes, he’s sometimes a supreme asshole, but how much of that is him, and how much is his illness? When the third-person narrator gets inside Leonard’s head, we see how difficult the situation is for him, and it’s hard not to have compassion.

At just about every turn I found moments that reminded me of things people I know have been through or that I’ve experienced myself. Being in your 20s is hard, and Eugenides captures that struggle perfectly. I’ve seen some reviews that complain about how unlikable the characters are and how caught up they are in themselves and their own issues, but to me that felt honest. When I was in my 20s, I spent a lot of time in my own head, overthinking every little thing. I saw a lot of myself in Mitchell in particular. All that fretting about destiny (or as I would have put it, God’s plan) was oddly familiar, as were the feelings of failure when seeing that others seemed to have it so much more together. Yegads, I used to spend so much time thinking about whether I was good enough or spiritual enough. It’s an impulse I outgrew eventually and now only grapple with now and then. When I was Mitchell’s age, however, I was in that head space all the time.

I must acknowledge, also, how well I thought Eugenides handled religion in this novel. Mitchell is on a true spiritual quest, and he was reading pretty much exactly the writers I would have expected him to be reading and being drawn to the very things I would have expected him to be drawn to. Mysticism, Catholicism, social justice, the Quakers, check, check, check. But I also loved the way he responded with such sincerity to the Evangelical women who witnessed to him. Here was a great example of how Eugenides wasn’t mean-spirited in his narrative. The woman looked like a knucklehead, but it was a mild knuckle-headedness. Eugenides doesn’t pile on the flaws. He does perhaps get a little mean in his depictions of some of the semiotics students early in the novel, but mostly I thought the novel showed people with authentic flaws, not cartoonish ones.

As I was getting close to the end of the book, I started to worry that there would be some twist or some development that would take me out of the story. That fear was exacerbated by Jackie’s mentioning that right at the end, the book turns meta-fictional. I’m relieved to tell you that the ending was very much what I had hoped for but couldn’t quite have come up with. It was a close thing, though, and I was holding my breath for a while. The metafictional element was hardly more than a wink (an unnecessary one, I might add, but easy enough to ignore). It might make a second reading more rewarding by raising new questions in readers’ minds—or it might ruin that second reading by raising a bunch of impossibilities. I haven’t quite made up my mind about that. Guess that’s what the second read will be for.

The audio version was read by David Pittu, and he did a nice job for the most part. A few of the women’s voices grated on me, but it was rarely a big problem. For me, this story was a great fit for audio, with its tight focus on three characters and their emotional journeys. The interview at the end was a nice added treat.

This entry was posted in Audiobooks, Fiction and tagged Review Copy. Bookmark the permalink.

20 Responses to The Marriage Plot (audio)